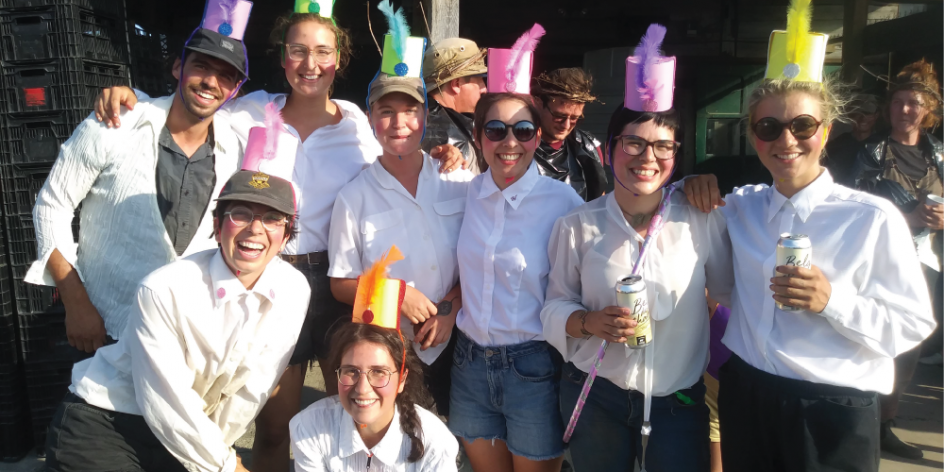 Congratulations to the Ferme du Roulant, Ferme de l’Île and Urban Agriculture program team for their performance at the 2019 Farmers Olympics held at the Tourne-Sol Co-operative Farm.

The Roulant’s team got the higher hand over the six teams in competition. Starting with the entrance that made a lot of noise, the team really impressed the judges.

The pitchfork throw was hard for most teams. Not only the Roulant’s fork went far, it also planted in the ground which is necessary to score points. The zucchini relay race let the urban agriculture interns show their speed and agility, probably practised on the Terrasses Roy.

The tractor pull was supposed to be the queen stage but the performance Virginie “Rubbermaid” Grenier-Deschênes and Dean had at the bins staging really smoked the competition out. This tour de force which necessited video and slow-motion replays cemented the lead of the Ferme du Roulant.

After the anti-doping tests passed, the team was crowned. Santropol Roulant would like to thank the Tourne-Sol Co-operative Farm for organizing this event.

For an opportunity to meet the champions, come at the Community Farm Day at Ferme du Roulant on August 24th.